DESCRIPTION OF THE ORHEIUL VECHI RESERVATION

The Orheiul Vechi Cultural-Natural Reserve is a public law institution, subordinated to the Ministry of Culture of the Republic of Moldova.

The reservation has the status of a cultural-natural site of national importance, established by art. 6 of Law no. 251-XVI of December 4, 2008 on the establishment of the Orheiul Vechi Cultural-Natural Reserve.

The reservation is a component part of the Orhei National Park, being an autonomous unit with its own administration. Orhei National Park is located in the central part of the Republic of Moldova in the historical-geographical area of Codrii Orheiului, 46 km north of the town. Chisinau. The total area of the Park is 33792.09 ha, including: 19509.51 ha of state-owned land (18551.4 ha of state forest fund), 4404.87 ha of land owned by local public authorities and 9877.71 ha privately owned land.

In the central part of the Reserve is delimited the Orheiul Vechi Archaeological Landscape, nominated in 2015 for inscription in the UNESCO World Heritage List. The archaeological landscape occupies an area of 539.12 ha with a perimeter of 13232.04 m and has a protection area with an area of 10525.433 ha, which corresponds to the space of the Reservation. 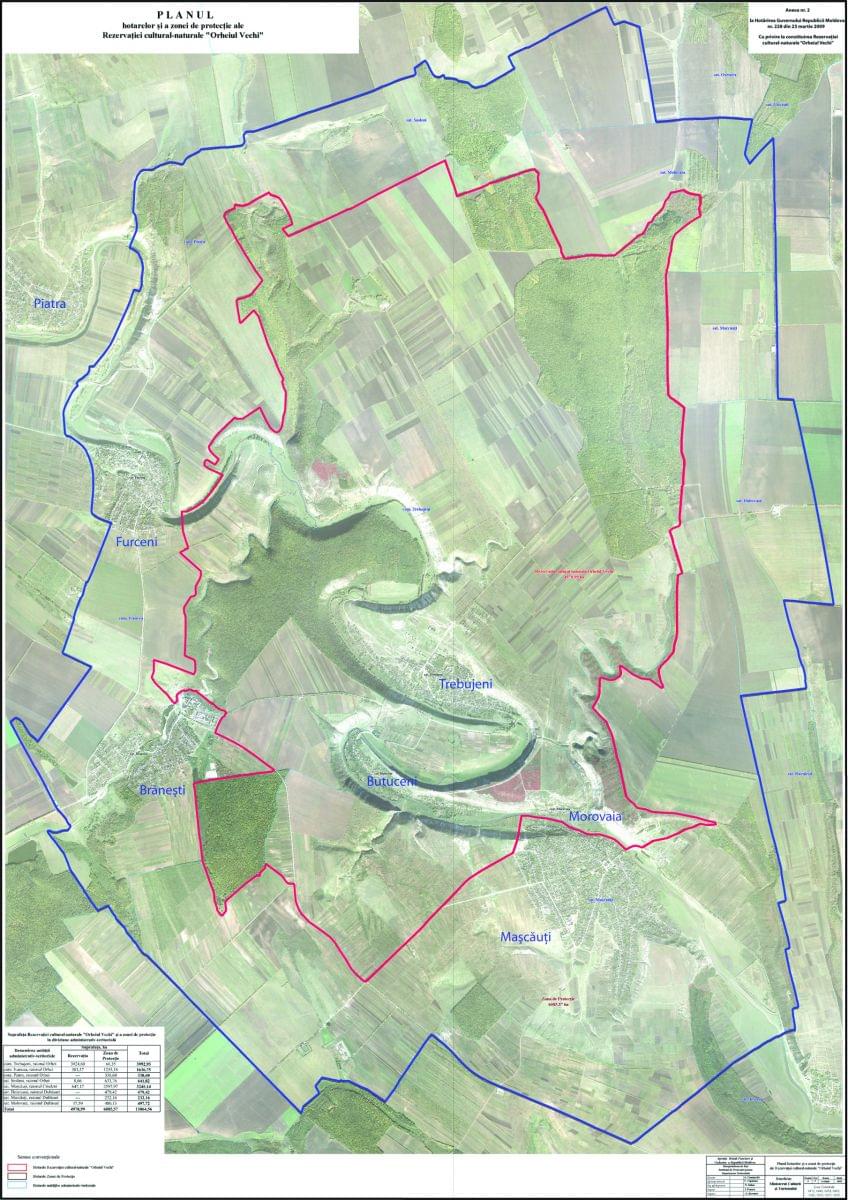